‘We are good’ – Rema reconciles with Dj Neptune

Watch King Promise lights up the O2 Arena, London with an electrifying performance

Livingstone Etse Satekla, better known by his stage name Stonebwoy, has announced that he would be touring North America this year.

The CEO of Burniton Music Group in a tweet announced via a picture, the tour datesb and cities within the boundaries of North America. 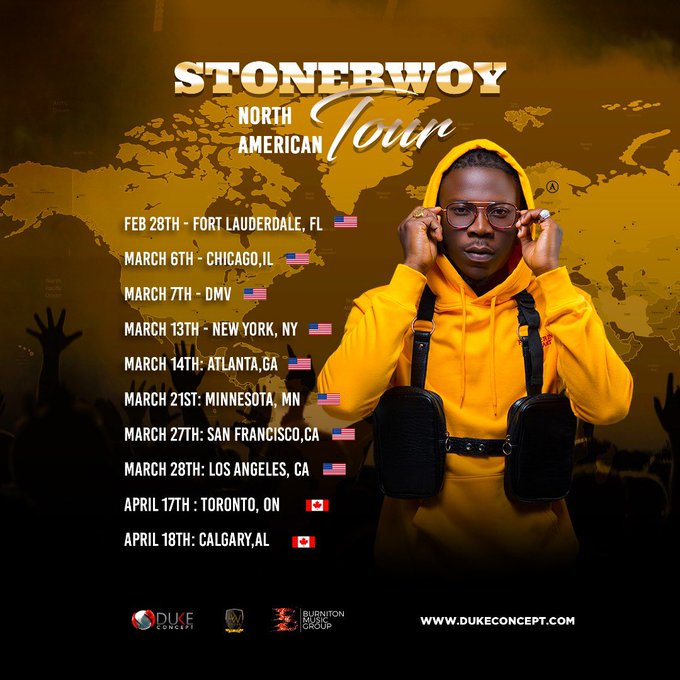 Stonebwoy won the Best International Act: Africa category at the 2015 BET Awards and Artist of the Year at the 2015 Ghana Music Awards.

Stonebwoy was named the most travelled Ghanaian artists in 2018 and 2019, touring across more 20 countries in Europe and beyond

Talented musician Moonchild Sanelly, has debuted her new single titled Bashiri. The banger ribs preachers, who use the church for capital gain. Moonchild whose career in…